We are to be brought into line with targeted false information. In the media lockstep and “Maaslos” overestimation in the conflicts By Evelyn Hecht-Galinski Would the “Auschwitz Minister” appear in this more than questionable manner if it were a question of crimes of the Netanyahu regime or those of other “friendly” states?

We are to be brought into line with targeted false information. 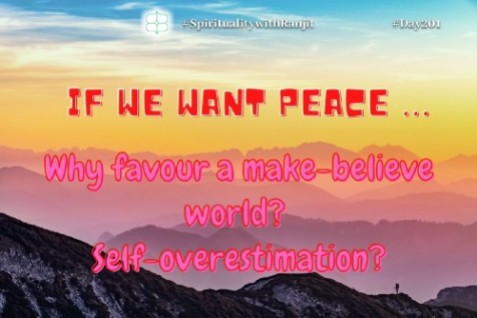 In the media lockstep and “Maaslos” overestimation in the conflicts

Unworthy of a democracy

It is this deep-seated hatred of Russia that makes me so affected and speechless. These double standards when it comes to Russia, Turkey and the “Jewish state”. That is unworthy of a democracy and makes it implausible. It is completely exaggerated and downright ridiculous to make interstate political relations dependent on a “Kremlin and Putin critic” allegedly poisoned by the Russian side, who according to the Charité is now on the mend, just because he uses the Western narrative . It is more than unlikely that the already bad relations with Russia will improve as quickly as Navalny’s state of health.

What is visible is a systematic, harmful and one-sided policy that is controlled from above and above all by transatlantic political circles who openly incite against Russia and, above all, “Putin” as the archenemy. We all need, and above all the majority of the population, want a good relationship with our neighbor Russia, which is mainly being poisoned by the media, you just have to read the headlines.

Gregor Gysi recently warned against prejudice against Russia. a lonely caller in the Left Party, which is currently trying to offer itself as a coalition partner. The SPD, as divided as ever, shows itself in its worst form, full of conflicts and unsolved problems. No wonder it is far from reaching 20%.While the Greens look at Russia and Turkey with hatred and Göring-Eckardt somehow all “lives up to their name”, in chorus with the EU Green Bütikofer and Trittin. All united in anti-north stream fever and accusations against the Putin government. (2)

Because of: it was the Russian!

Should the “poisoning” really be – absolutely fatal! – Acting warfare agent Novichok, one has to know that this is also in the hands of Western secret services, from the CIA to the Mossad, including the BND. Because of: it was the Russian!

Why do Russian authorities not receive any information about the process and the results of the investigation, which in turn willingly handed over all results? It lacks logic to willingly fly someone poisoned with a deadly substance to Germany in order to have the poisoning confirmed there? You just have to ask yourself: Who is it good for? One asks these questions, given the more than obscure circumstances of this affair.

In this context, it is striking how the German “great power” minister acts in Venezuela and, by interfering in internal affairs with other western subversives, wanted to haul Guaido into the country as interim president, happily in vain! (3) (4)

Warfare agent in the ink

Our politicians and the media do not need warfare agents for these overturn plans in other countries, because they have warfare agents in their ink. On Monday the Chancellor announced that she would hold on to Nordstream 2, which she no longer wanted to know about on Wednesday.Presumably, it is only because of the strong US pressure to let the Nordstream 2 project disappear into oblivion. And the transatlantic pressure from some politicians is so great that here, too, as with the increase in the armaments budget – at the expense of the German population and the German economy, of course – it gives way.

Federal President Steinmeier also interferes against diplomatic principles and attacks Russia. Yes, even requires NATO to “draw conclusions”. Does he want a new war against Russia? The “alliance case” for the troops?Already with the “NATO Easter creep” in the Ukraine, all stops were pulled to prevent further ties to Russia.

Isn’t it really just a matter of inciting the German public with targeted false information in a concerted action of hatred against Russia and thus strengthening “friendship with the USA” as the only remaining option? In fact, with its “Auschwitz experience”, Germany is a “specialist” in warfare agents and poison gases; the successor companies of the suppliers still exist today! (5)

Perpetually dependent on the USA?

While, according to the chatty Green Step, the US is buying about $ 10 billion in Russian oil – apparently their relations with Russia are probably not that bad – we should be blackmailed into stopping Nord Stream 2 and using expensive, environmentally harmful fracking gas USA to buy. This means that we will remain in perpetual dependence on the United States, and not just for weapons and defense. The US is doing everything it can to stir up suspicion and sideline Russia, always with its own interests in mind.

All US and Mossad human rights crimes are sold as the “fight against terrorism”. Just as the US drone murder of the Iranian Soleimani was a crime and a violation of international law, so were the countless Zionist “targeted killings” and poisoning by the Mossad. The brutal murder of Kashoggi in the Saudi consulate general in Istanbul does not affect Western relations with Saudi Arabia – they continue to receive arms deliveries so that they can slaughter even more Yemenis.

While Russia is ready to cooperate with the federal government and rightly demand evidence, the “Jewish state” has never tried to enlighten, but has always been a master at disguising. That was never a problem for German agencies either, after all they were only ever interested in cooperation. The EU is still reluctant to intervene against Russia without real evidence and even thinks, in contrast to Germany, that the incident occurred in Russia and that there is therefore no need for action to be taken.

Merkel system: allied with criminals under international law and occupation

So what drives Germany to act so unfairly? Aren’t we troubled enough with intervening in Ukraine, thanks to vassalage to the USA? Who knows what awaits us in the future with this Trump regime and the Merkel system?

A Zionist state terror regime, which in the meantime flies unchecked attacks against Syria with many dead and repeatedly threats to attack “enemies”. While the blocked and sealed off Gaza sinks into misery, which, however, does not cause Maas and Merkel to worry. No politician is talking about Lebanon any more, only Macron is already there to reclaim the “colonial fur”.

“Kremlin critic” as “trump card”, while Julian Assange is in mortal danger

While the “Merkel System” brings a rather unimportant “Kremlin critic” to Germany as a “trump card against Putin” in order to have him treated at the Charité, it holds back with expressions of solidarity and strict demands for human rights for those in real danger Julian Assange. An airlift to the Charité would be a more important option for innocent Palestinians at risk, of whom there are thousands in Israeli prisons. And for the targeted killings of the Mossad, who boldly boast that they act in every country on earth, there is not even the smallest “reprimand”!

Everything that Russia is accused of is neither proven nor plausible! What would Putin get from such an unimportant dead Navalny? One less Kremlin critic? So what makes him so important that he was fetched back in a private jet from a more than questionable mini-organization? (6) Has an “Israel critic” ever been courted in this way? On the contrary, while “Putin critics” are supported, “Israel critics” are excluded. What a hypocritical German “value policy” of the “Merkel system” (7)

May I remind you that the “Auschwitz Minister” met his Israeli counterpart Aschkenasi with his Israeli counterpart Aschkenasi at the end of August, in a “suitable setting” at Gymnich Castle, in order to praise the “unique, diverse relationships” and to want to improve them, also with German ones Help in the EU. It is unbelievable how the Merkel system allies itself with the Zionist regime across all international law and occupation crimes.(8th)

What we are currently experiencing in the form of targeted false information and media synchronization exceeds anything that is bearable.Why is the “Kremlin critic” Navalny, who is so insignificant in Russia, so courted here? Navalny is a US-style “Democrat”, a blogger supported by dubious sources. He doesn’t get more than 2% of the vote, and for that reason alone is not a threat to Putin. What interest should Putin have in liquidating him?

We are to be brought into line with targeted false information. Just as the reporting on the Corona demonstrations did not correspond to the facts – with the pictures of a mini-troop of jubilant, self-proclaimed Reich citizens and right-wing extremists waving the “Reich war flag”, this was upgraded in the media. Better propaganda could not have happened to them. Just as the AfD, with its constant media presence, was given an importance that it did not deserve, so it was with the “Reich flag wavingers”.

We have not escaped a coup, nor has the Reichstag been dishonored.Wasn’t it rather the purpose of this production to secure the “ban mile” with only three police officers? Wasn’t it a secret intention to then expand this “ban mile” to include the entire site? Fortunately, this proposal could still be prevented. These three policemen, the “heroes in uniform”, were then received by the Federal President with media coverage, a dripping drab show. There were only a few journalists who reported objectively, and this thankfully included Stefan Detjen, the chief correspondent of Deutschlandradio. (8) (9)

Demonstrate for democracy and against wars!

Criticism is important in democracies, as is demonstrations, as long as they comply with legal requirements. After all the war drum against Russia, it is urgently time to demonstrate for democracy and against war. In addition, politics needs a reason of state for Russia instead of the reason of state for the “Jewish occupying state”, which is seen as a license for crimes.