ISRAEL CONTINUES TO CLAIM IT IS ‘THE GOOD GUY’

What we are experiencing at the moment is beyond all dirt, denunciation, false accusations and blows against freedom of speech. 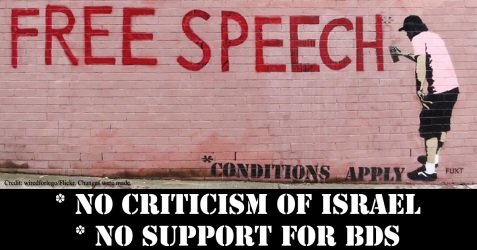 We are the good guys – win elections with anti-

What we are experiencing at the moment is beyond all dirt, denunciation, false accusations and blows against freedom of speech. German Christian politicians and church leaders complain about the worldwide persecution that Christians are suffering from, but make no mention of the Christian Palestinians in illegally occupied Palestine / Gaza. Christians in the Gaza Strip will not be allowed to visit holy cities like Bethlehem and Jerusalem to celebrate Christmas there. Gaza Christians only receive permission from the occupiers to travel abroad, for example to Jordan via the Allenby Bridge, but no one is allowed to travel to the “Jewish State” or the occupied West Bank. As usual, the occupier regime put forward “security concerns” as the reason for the restrictions.

1,000 Christians are also imprisoned in the Gaza concentration camp

Around 1,000 Christians live among a population of around two million people in the Gaza concentration camp, who are just as caught as their Muslim companions. This year’s decision is another taboo break. After all, almost 700 Christians from Gaza were allowed to visit Jerusalem, Bethlehem, Nazareth and other holy sites with permission. While thousands of pilgrims and tourists are welcomed by the occupying regime, the indigenous Palestinians are locked out. Anyone who continually tries to lie the phrase “the only” democracy in the Middle East should be punished for fake propaganda. Religious freedom in the “Jewish apartheid state” has been trampled on for a long time and only applies to Jews. This Judaic regime is trying by all means.

As the Israeli human rights group Gisha emphasized, this year’s ban can only be seen with an increasingly strict separation policy between the Gaza Strip and the West Bank. The regime tries with all means to anchor this wall of separation more and more. No prayer helps to defy this regime, only foreign pressure and sanctions help. It would be helpful if the pilgrims and foreign tourists who traveled to these sites would think about whether they would “make Jesus a joy” or not, rather, with their uncritical visit, upgrade the occupiers and bring them foreign currency, which they would then use again in crew, attacks, checkpoints and walls.

Germany in the “anti-Semitism and climate frenzy”

Where’s the solidarity of Christian politicians, media and churches? It is a shame how they drop and forget their brothers and sisters. Where is the protest of the Pope, Cardinals, Bishops and Believers? And why is Chancellor Merkel, the “pastor’s daughter”, who is so important to freedom of belief so silent? With Palestine and its endangered Christians (Muslims anyway!), Their faith ends. The many Jewish medals on the chest are probably such a burden and the reasoning for the “Jewish state” is so serious that there is no longer any room for solidarity with the Palestinians. Would all of this happen in Turkey – the country that saved the lives of so many Jews during the Nazi era – that Christians shouldn’t pray and be locked out then I can imagine the media agitation and the shit storm of the anti-Erdogan agitation. But everything is allowed in the “Jewish state”, after all everything is only for “security”.

Germany is now so “intoxicated with anti-Semitism and climate” that it is easy for agitation and defamation to find a way into the media. A terrifying article about “Anti-Semitism in Turkey” published the woman of all people who made her first career as “IM” Victoria. It borders on a “Christmas miracle” that Anetta Kahane was even allowed to enter Turkey. This has shown how democratic Turkey is in contrast to Kahane. (1) (2)

GB: Helped the Torys to victory in the election by means of Zionist lies about Corbyn

One could count on Jeremy Corbyn appearing as No. 1 on the Wiesenthal Center’s notorious “anti-Semitism list”. But when the German UN ambassador Heusgen landed on the list in 7th place, even the federal government felt it was too colorful. After all, after so many abstentions, Heusgen had finally only followed the orders of the federal government (and the United States) and voted against Israeli international law crimes at the UN. She stood behind Heusgen, by the way also the Israeli ambassador to Germany, who was so embarrassed by the story that he also stood behind the “colleagues”. (10) (11)

When the anti-Semitism club was swinging, German media did not want to stand aside either, and came into the same horn – such as online mirrors on election day, December 12th. Under the title “The Dark Side of Red Corbyn”, Alexander Sarovic presented his Israeli theses to the readers about the “anti-Semitism problem” from Labor to Feed – just one sad example among many. We get the dark side of the mirror every week when we are panting against Turkey or Russia. The scandal surrounding Relotius is still well in our memory. It seems to me that after a very gratifying critical report about Israel lobbyism in Germany, Spiegel has now had extreme Hasbara headwinds, that it now writes “refined” only uncritically and “Israel lobby-like”. (12) (13) (14)

Do not tolerate journalism of one-sidedness and omission!

We are facing difficult times. Britain was just the beginning in times of anti-Semitism clubs as powerful campaign helpers. Coming soon is the dirt and the Zionist corruption deficiency in the “Jewish state” and its election campaign, as well as Trump’s politics, which brought this dirt into the election campaigns and inspired Zionist and populist friends.

Trump has also managed to arrest 3,750 Palestinians from occupied Jerusalem since he declared Jerusalem to be the capital of a “Jewish state”. These included 1,070 children under the age of 18, in addition to 171 women and girls, including injured women and mothers – and all because they had organized a peaceful “sit-in” in the Al-Aqsa mosque. These waves of arrests spread like a tsunami across occupied Palestine, to all the villages, towns and districts of Jerusalem; unprecedented, and how unleashed since Trump’s support. What do we read about it in the German media? NOTHING. They are just too busy with their anti-Turkey Erdogan research, their agitation, and with their Russia and Putin defamation, that there is no time left for such explosive news. This journalism of one-sidedness and omission, which does not fulfill its duty to report truthfully, should make us all angry and thoughtful.

Don’t be intimidated by the anti-Semitism club in the Israel lobby!

In the struggle for freedom of expression and the freedom of Palestine, we must courageously put those who are struggling with the anti-Semitism club in its place. They must not succeed in distracting them from really important political issues – such as the Zionist occupation, the war threats against Iran, the other threats such as regime change and US influence contrary to all democratic customs. We must not let up and, above all, not be intimidated by the anti-Semitism club in the Israel lobby.