Why does the “Jewish State” always understand how to build on myths that have nothing to do with reality? The Zionist Regime Defies All Ethical Values ​​and Norms By Evelyn Hecht-Galinski On December 9, 1987, the first intifada began in illegally occupied Palestine in response to the assassination of four Palestinians outside the Jabalya refugee…

Why does the “Jewish State” always understand how to build on myths that have nothing to do with reality? 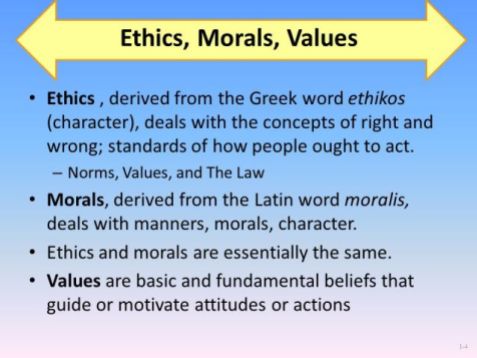 The Zionist Regime Defies All Ethical Values ​​and Norms

For decades, nothing has changed in this rhetoric. On the contrary, the Jewish “defense army” has always used live ammunition, tear gas and the toughest of reactions against the desperate demonstrators. Palestinians were and are being murdered indiscriminately, including women and children. Those who have experienced these days will never forget that. When the protests were unstoppable, the occupiers reacted with curfews, mass arrests, closures of kindergartens, schools and universities. Houses and farms were destroyed as well as fields and olive groves. Trees like humans were uprooted, denied any building permits on their own land, water sources dispossessed, and illegal Jewish settler hordes attacked stunned and helpless Palestinians.

Already at that time videos were used to prove the asymmetry of the weapons, ie the upgraded Jewish “defense soldiers” against the unarmed Palestinians. At that time, the cry for a Palestinian state was growing louder and louder. While Yasser Arafat and his Palestinian Liberation Organization (PLO) tried to work together with the United Nations from its Tunisian exile, which at that time was as unsuccessful as it was today, a newly formed resistance organization, the Hamas, until today the Gaza Strip, emerged only alternative to the PLO / Fatah. In fact, it was and is the only alternative to the outdated, corrupt West Bank government run by a power-hungry “Vichy-Abbas” Palestinian president. Hamas did the right thing and called on the Palestinians to focus on the basic goals of the Palestinian struggle for freedom, with no scruples and the ultimate goal of liberating Palestine and ending the illegal Zionist occupation. Since then, the US has consistently voted against draft resolutions of the UN Security Council and vetoed them to prevent Israel from being charged with its human rights abuses and the notorious non-compliance with the Fourth Geneva Convention.

This law-mocking behavior has for decades prevented Israel from being condemned for its ongoing genocide and human rights crimes. It is even more disgraceful that the German Foreign Minister, who allegedly “went into politics because of Auschwitz, does not draw the right lessons from them and does not prevent these crimes against the Palestinians. Instead, he had nothing more urgent to do than prostitute himself in the UN Security Council as the “voice of Israel” for their interests. He has recently voted against a “pro-Palestinian resolution” and called on the Palestinian side to reduce the number of resolutions in the UN’s annual “Middle East Package”. What else remains for the Palestinians under decades of occupation to draw the public’s attention to their threatened situation ?!

Even more vehemently acts the Central Council of Jews (who, according to the picture, “otherwise does not interfere with foreign policy”, but here constantly as a “second representation” of the Israeli government occurs, which of course does not mention this sheet!). Also FDP, “Bild- Hetzkampagnen-Kritik” and especially noteworthy the “Juso criticism” at the Federal Congress, which called on Maas “finally to stand up for fair votes and the ‘frequent condemnation of Israel”, which was “frighteningly high”, to prevent. Everything helped protect the “Jewish Occupying State” and white washed.

Kevin Kühnert in particular is for me the example of misguided German politics. This young SPD “hope bearer” and shooting star, just elected to the party executive, has been attracting attention since 2012 with special “proximity to Israel”, which is always helpful in politics. In 2014, he and the Jusos called for “solidarity with Israel” (the living conditions of the Palestinians living under occupation and great injustice obviously do not interest them), and in April 2018 appeared in the “Jewish General”, the “battle sheet of the Central Council of the Jews”, an article by which Kühnert attacked the then Foreign Minister Gabriel, who had “brought him to incandescence” and welcomed his replacement.

Now he supports and rejoices over his successor AA Maas. He said that he was “very similar to the stance”, which the new Federal Foreign Minister Heiko Maas had already said before his inaugural visit to Israel: “I went into politics because of Auschwitz.” He could sign this sentence of Maas, says Kühnert. For him, too, that had been the most important impulse to make politics. What a shabby understanding of politics, which is not for the observance of human rights for the Palestinian people and against the occupation, but one-sidedly only for Israel. (1) (2)

Netanyahu’s long arm in all parties long since stretched out

If “Auschwitz” were indeed its impulse, then it would have to support all resolutions condemning international and human rights crimes of the “Jewish state”, which are supported by the majority of states. Yes, Kevin Kühnert, with your attitude they are backward-looking and alone at home. The SPD, which becomes more and more unbelievable in its lavaring between right and left and continues to cling to the grand / co-power, is like you hypocritical and hypocritical and will, if she goes on like this, soon land in the single-digit range. But it seems that the long arm of Netanyahu has long been stretched out in all parties and at the cabinet table and is cheerfully pursuing Zionist politics. (2) (3) (4)

No criticism is heard from this Gro / Ko on the arbitrary arrests, released by Israeli human rights groups, last month alone of 374 Palestinians from across the occupied West Bank and Gaza Strip, including 66 children and women. While German media daily complain about Turkish arrests, war crimes and human rights crimes and put Russia on the daily pillory, the ongoing occupation crimes fall under the table. Why are not you even ashamed in the face of decades of war crimes in occupied Palestine as a result of the Holocaust?

Israeli Prime Minister Netanyahu, who is still in power, said last Sunday at a right-wing conference that, after talks with US Secretary of State Pompeo, the time has now come to apply Israeli sovereignty over the Jordan Valley and assume that the US recognizes them , And that would legalize all the illegal settlements of “Judea and Samaria” in the occupied West Bank, both those in settlement blocks and those in front of them. They would become part of the “Jewish state” of Israel. The Jordan Valley accounts for about 28% of the occupied West Bank and is home to about 65,000 Palestinians.

On Monday, it was announced that there would likely be new elections on March 2, 2020. Then we experience exactly what everyone feared: there is a prime minister under corruption and a former general, both with blood on their hands. The election forecasts predict a similar stalemate. Palestine has to stay outside again and is not of interest. (5)

Netanyahu has recently summarized the history of the “Jewish state” in one sentence: “These European countries should be ashamed. Did not learn anything from history? They allow a fanatical terrorist state to develop nuclear weapons and ballistic missiles, leading to a catastrophe for all. “However, Netanyahu did mean Iran, not the” Jewish state. ” So he let his rhetorical rage as a skilled distraction maneuver against the impending corruption suit run wild. He railed against Iran and criticized the six European countries that joined Britain, France and Germany last weekend to support the new so-called Instex Financial Interchange Mechanism, which will help Iran.

Is not it in reality that Iran is not a threat, a state that, unlike Israel, has not yet begun wars, but that the “Jewish state” is a fanatical “Zionist-Judaistic terror state”, which it uses with the help of hypocritical community of nations is allowed to develop nuclear weapons and dirty weapons of all kinds and to apply them in wars – for attacks on its neighboring countries? This ethnic-purging apartheid, which is bombing Iran and causing genocide in Gaza and making Gaza a concentration camp, is indeed a threat to us all. (6)

Israel: a bomb and rogue state

Why does the “Jewish State” always understand how to build on myths that have nothing to do with reality? “Only” democracy in the Middle East, bulwark against terror. Yes, indeed with terror, this bombing state knows about. Early on, Jewish Zionist terrorists murdered in bombings and targeted attacks to create the “Jewish state”. Forgotten everything, after all, these terrorists later became prime ministers or ministers with blood on their hands. If the Mossad carries out targeted killings with terror, then the world is silent. The “chosen” are allowed any means after the Holocaust, and they claim every right to murderous attacks that they sell to the world as “self-defense,” while Palestinians and Muslims are denigrated as terrorists and have no rights.

Why are Russia or Iran sanctioned, North Korea or China demonized, Turkey and Erdogan demonized, while Netanyahu undauntedly led a decades-long terrorist regime and Israel has now become indisputably a rogue state. All that is criticized in other states and leads to boycott, is not applied to the “Jewish state”.

Snipers of the Jewish “defensive army” take out the right to shoot unarmed protesters like rabbits, to assassinate. When Palestinians claim their right to protest against their illegal occupation, to protest travel restrictions, humiliation, demolitions, expropriations and expulsions, they are called terrorists, even though they only exercise their legal right of resistance, which is denied only in dictatorships. So what is the “Jewish state”? A state that under the eyes of the so-called “Western community of values” and under complete impunity occupy a people and robbed of its livelihood. That of all German politicians in this connection Auschwitz strive and demand a “never again”, but portraying the land-robbing “Jewish apartheid-occupation state” better than living democracy is characterless. The ever-eager German values ​​have degenerated into a sad parody. The fact that the Zionist regime, with the support of the Western community of states, can override all ethical values ​​and norms also puts our democracy at risk!